How to Be Prepared For a Total Lunar Eclipse 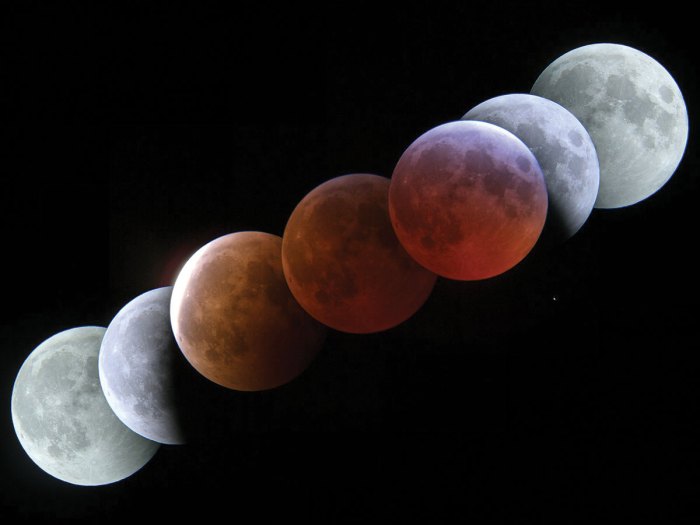 WHAT IS A LUNAR ECLIPSE?

A lunar eclipse happens when the moon moves directly behind Earth, causing our planet to be between the moon and the sun. The moon crosses into Earth’s shadow, resulting in a really cool effect on how the moon appears to us Earthlings.

There are several types of lunar eclipses:

• During a partial lunar eclipse, the moon crosses only through the edge of Earth’s shadow.

• In a penumbral eclipse, the moon is completely within the brighter outer portion (penumbra) of Earth’s shadow, but not in the darker inner portion.

• During an umbral eclipse, the moon passes through the edge of the darkest inner portion (umbra) of the shadow.

HOW CAN I SEE IT?

The great thing about lunar eclipses: You don’t need any special equipment to see them! Lunar eclipses often go unnoticed, even though they are visible over a great area. After all, most people don’t look at the moon often enough to notice a slight shadow, dimming or discoloration.

Just go outside on the right date at the right time, and look for the moon in the night sky. You can use binoculars or a telescope if you’d like, but even with the naked eye, you’ll notice the moon looks different.

GREAT. WHEN IS IT?

It has been more than two years since the last total lunar eclipse. The next one will occur early in the morning on May 26, 2021. 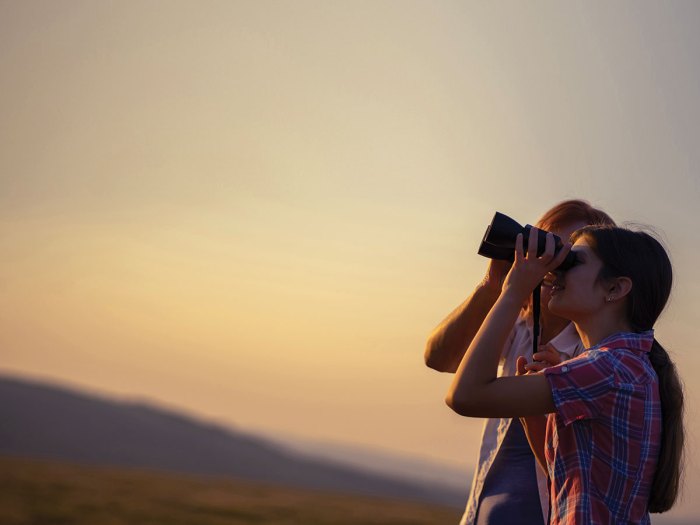 AWESOME! NOW … HOW EARLY ARE WE TALKING?

A lunar eclipse lasts several hours. It takes some time for the moon to move across even a small section the sky. The total lunar eclipse on May 26 begins at 4:47 a.m. Eastern time. But don’t worry! That’s the moment the moon first touches Earth’s shadow — and there isn’t much to see at that point, anyway.

The eclipse won’t reach totality — the moment it passes through the darkest portion of Earth’s shadow — until around 7:11 a.m. Eastern time. You’ll have about 14 minutes after that to catch the full effect. Then it gradually stops being a lunar eclipse as the moon moves out of Earth’s shadow and sets below the horizon.

In some places on the East Coast, the moon will set below the horizon before it reaches totality. That’s OK! Just get up before sunrise to view what should be a really cool change in the color of the moon. 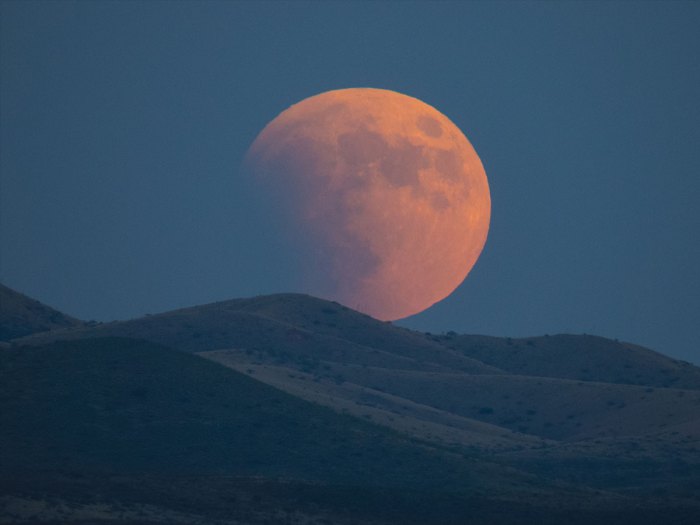 NICE, SO WHAT EXACTLY WILL I SEE?

During the roughly 14 minutes of totality, direct sunlight is being blocked by the Earth and the only light reaching the moon is being refracted by Earth’s atmosphere. This produces a reddish color that would be kind of creepy if you didn’t know about science. It’s understandable why ancient cultures thought something was seriously wrong when they spotted a total lunar eclipse.