Everyone loves a joke. Even if you’re not into love, romance and all that kissy stuff, you’ll still love to laugh at these funny Valentine’s Day jokes and comics.

Do you know a funny Valentine’s Day joke? Click here to send your joke to us. 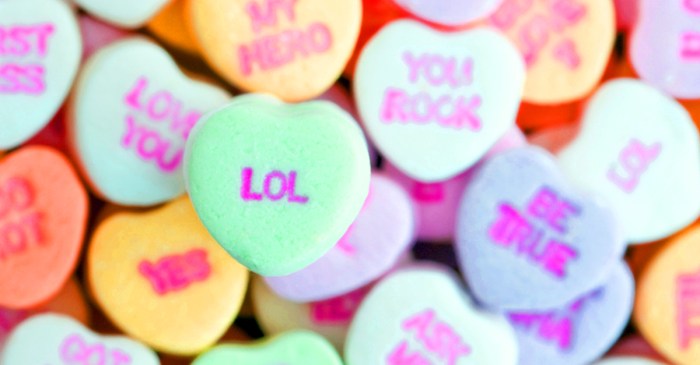 A prince was put under a spell so that he could speak only one word each year. If he didn’t speak for two years, the following year he could speak two words and so on.

One day, he fell in love with a beautiful lady. He refrained from speaking for two whole years so he could call her “my darling.” But then he wanted to tell her he loved her, so he waited three more years.  At the end of these five years, he wanted to ask her to marry him, so he waited another four years.  Finally, as the ninth year of silence ended, he led the lady to the most romantic place in the kingdom and said, “My darling, I love you! Will you marry me?”  And the lady said, “Pardon?”

Zach: What did one flame say to the other on Valentine’s Day?
Scott: Tell me.
Zach: “We’re a perfect match.”

Two antennae met on a roof, fell in love and got married. Their wedding ceremony wasn’t fancy. The reception, however, was excellent.

“If you step on a purple mushroom, you’ll be forced to marry the ugliest person in the world,” warned the old gnome, so the man continued carefully through the woods. He didn’t step on any purple mushrooms.

Suddenly a beautiful woman walked up and said: “We have to marry.”

“Why?” asked the man, smiling.

“I just stepped on one of those pesky purple mushrooms!” she replied. 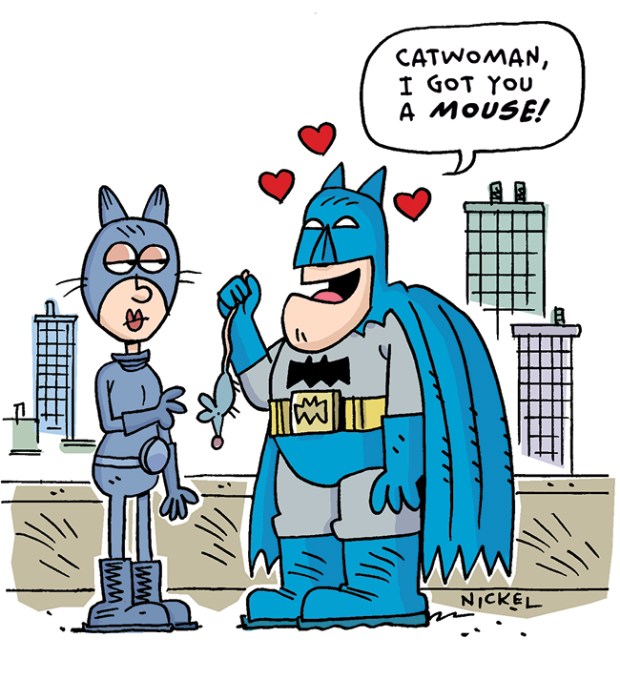 Joke by Kevin A., Winston-Salem, N.C.

Tom Swiftie: “She tore my valentine in half!” said Tom half-heartedly. 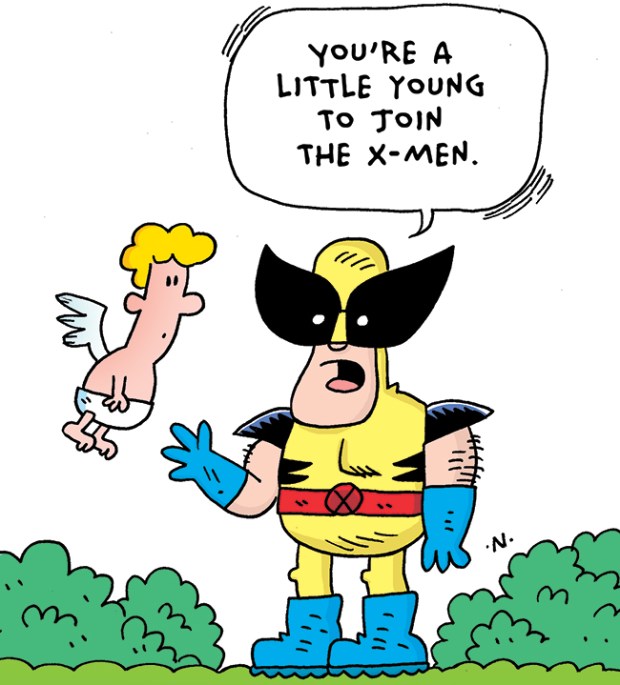 A woman was taking a nap on Valentine’s Day afternoon. After she awoke, she told her husband, “I just dreamed that you gave me a gorgeous and expensive diamond necklace for Valentine’s Day! What do you think it means?”

That evening, her husband came home with a small package for her. Thrilled, she opened it and found a book titled “The Meaning of Dreams.”

Will: Why do oars fall in love?
Eric: Why?
Will: Because they’re row-mantic.

Joke by Will A., Nashville, Tenn. 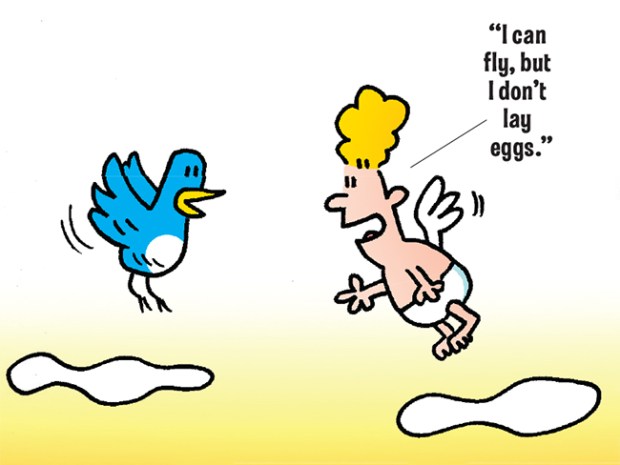 A Cub Scout found a frog that said, “Kiss me and I will become a beautiful princess.”

The boy studied the frog, then put it in his pocket.

“I’d rather have a talking frog than a princess any day!” 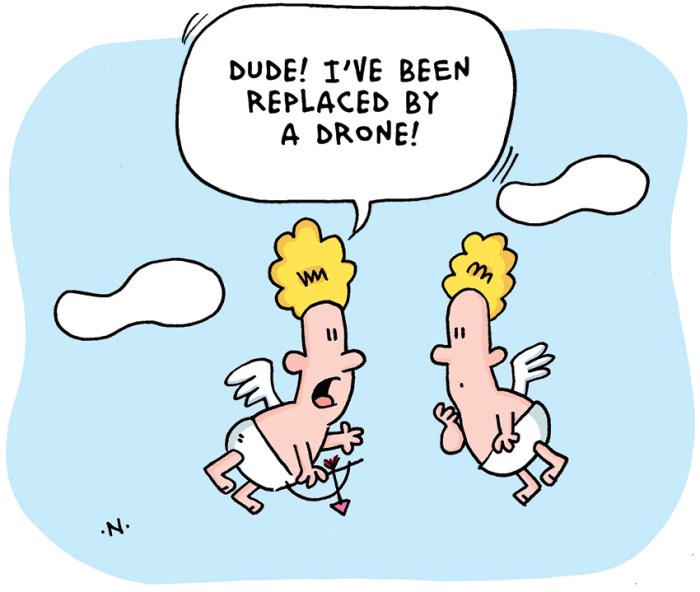 I just got a text from my girlfriend that said, “I bought you an awesome Valentine’s Day gift! xox”

Felix: What did the light bulb say to the other light bulb on Valentine’s Day?
Sam: I have no clue.
Felix: “I love you watts and watts!” 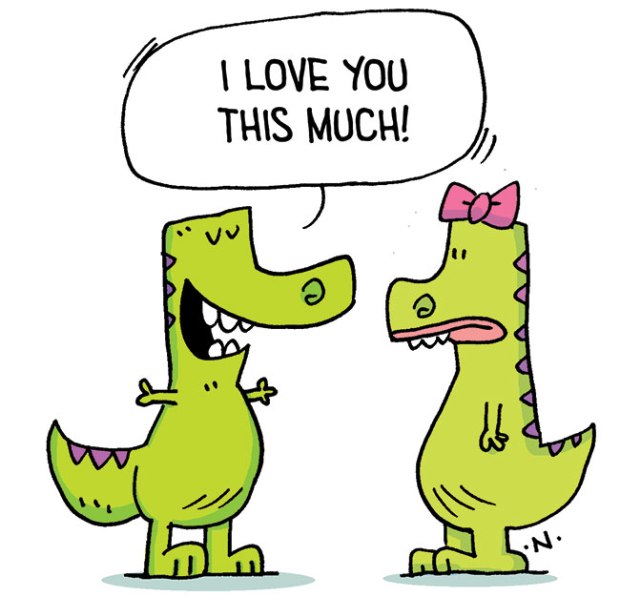 Craig: Why do melons have to get married in churches?
Joe: Why?
Craig: Because they cantaloupe!

Lizzie: Did you hear about the two bed bugs who fell in love?
Sophie: Not sure I want to.
Lizzie: They’re getting married in the spring! 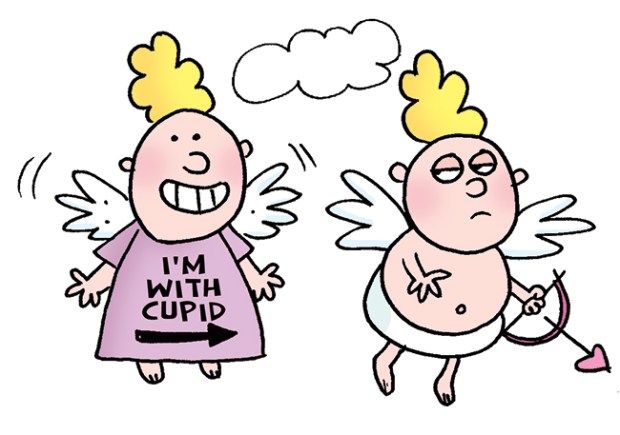 Justin: What did the boy candy say to the girl candy?
John: I haven’t a clue.
Justin: “It’s Valentine’s Day and we’re mint for each other.” 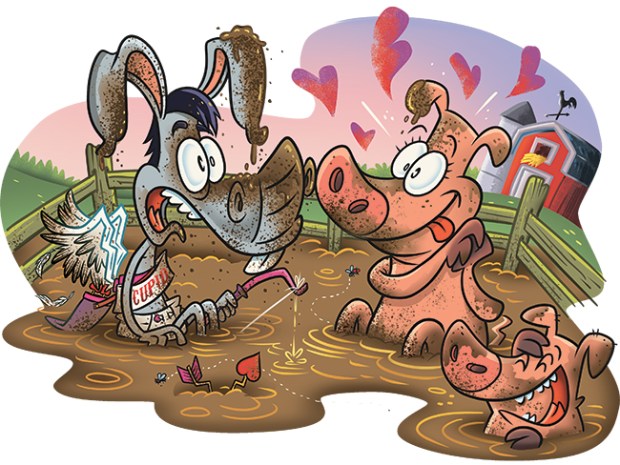 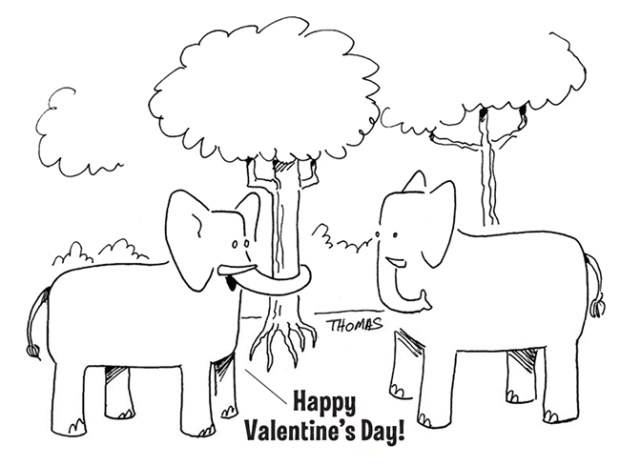 Tobin: What happened to your leg?
Matt: I went to a seafood dance on Valentine’s Day.
Tobin: And?
Matt: I pulled a mussel! 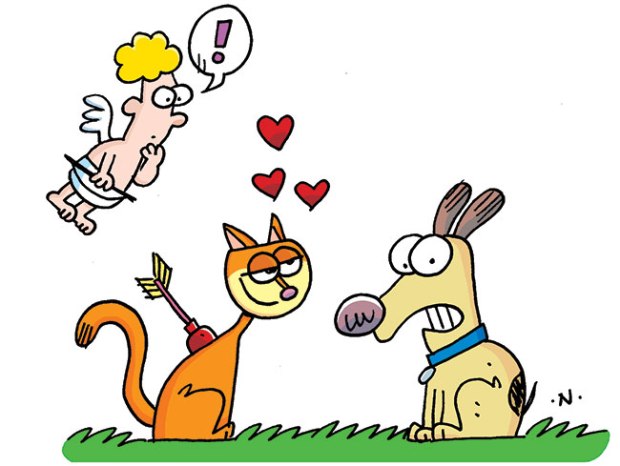 Ben: What did one magnet say to the other magnet on Valentine’s Day?
Finn: I have no idea. What?
Ben: “I find you very attractive!”

Do you know a funny Valentine’s Day joke? Click here to send your joke to us.