Note: This is the 22nd in an occasional series where I share Eagle Scout project before-and-after photos. See the complete collection here.

This week’s batch of 14 projects includes a remodeled youth activity room in a church basement, two large raccoon cages at a wildlife rehabilitation center, and several memorials to honor the men and women of our armed forces.

What: Sean and his helpers installed a new gate, put in a new flower bed, cleaned up and applied mulch to a section of MacAfee Elementary school’s garden in Somerset, N.J. What: Stuart and his helpers replaced the handicap ramp at the Goshen United Methodist Church, bringing it up to ADA code and landscaping the surroundings to be less overgrown. What: Jarod and his helpers built two large raccoon cages for Wildlife Response Inc., a nonprofit devoted to the care of orphaned, injured and displaced native wildlife. 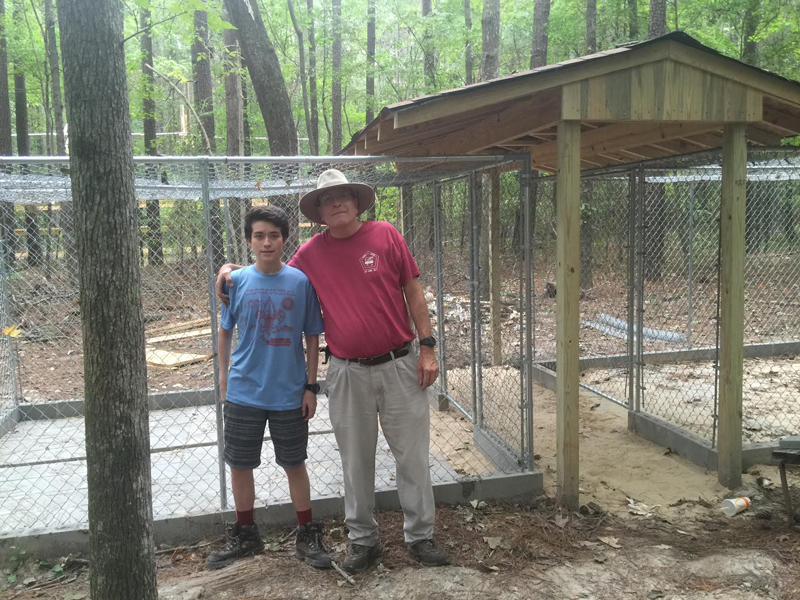 What: Aaron and his helpers planned and oversaw the building and installation of more than 100 feet of shelving for an offsite storage trailer that holds off season merchandise for the Round Rock Area Serving Center’s thrift store. What: Garrett and his helpers built a picnic pavilion to be used by the members of his church. He included picnic tables, ceiling fans, electrical outlets and lights — all donated by local companies. What: Camron and his helpers designed and proposed to the village to build a new park sign that states the parks name and to make as a memorial to United States Armed Forces Veterans. The project was completed and then dedicated on Nov. 6, 2016, before Veterans Day. What: Matt and his helpers built a staircase out of landscape ties at Ellicott Island Dog Bark Park. What: Daniel and his helpers built a “Garden of Service” to honor all active-duty servicemen and servicewomen who dedicate their lives to serve and protect our country. Each tree represents a branch of the military. The garden was placed in the center of town at Veterans Park. What: Matthew and his helpers finished the youth activity room in the basement of Trinity Lutheran Church. What: Living on a tributary off the Chesapeake Bay his entire life, Logan wanted his project to focus on preserving the land. Logan and his helpers added fences around two trees that were planted 65 years ago during the establishment of Maryland’s Sandy Point State Park, located at the western end of the Chesapeake Bay Bridge. The fencing now protects these historic trees from foot traffic, and the surrounding pollinating plants boost the bumblebee and bird population in the park. What: Micah and his helpers installed an inclusive playground at his local elementary school for its life skills class. What: Jeremiah and his helpers completed, refurbished and expanded the long-neglected veterans memorial in North Caldwell. 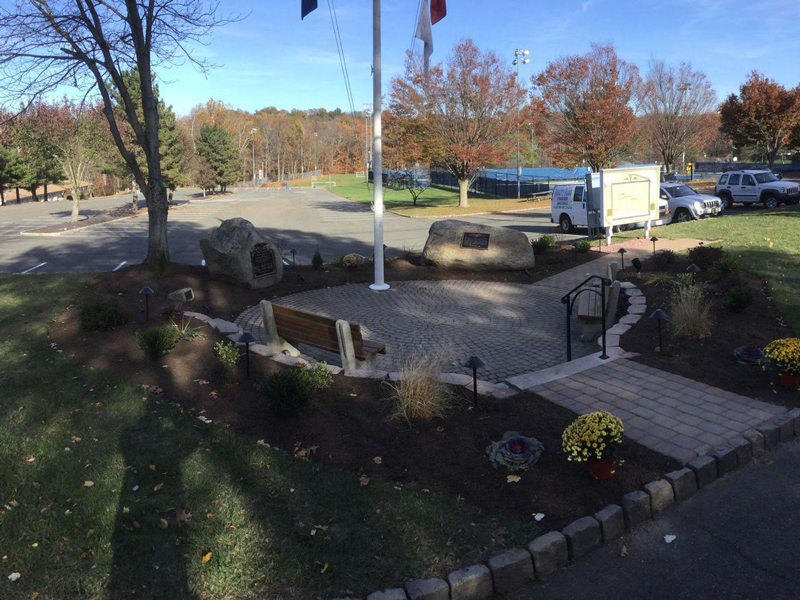 What: Matthew and his helpers built a veterans memorial at the Visitation of Blessed Virgin Mary Cemetery in Dickson City. What: Joshua and his helpers build a deck on the back of his church’s youth house.